s Stars and Their Influence upon Teenagers

Chapter I: Teenagers and their life

Chapter III: What do celebrities show us?

Chapter IV: What do celebrities think about their influence?

I choose to talk about a well known problem, that I believe it affects every teenager. It is about s Stars and Their Influence upon Teenagers.

This certificate is structured in 4 chapters, containing problems and things which can make us understand more easily this issue

The first chapter (Teenagers and their life) explain how this problem starts and why are teenagers influenced.

The third chapter (What celebrities show us?) presents the celebritiess life and negative aspects that teenagers are trying to copy

This is a very important problem at this moment because every generation has been affect by this problem.

Every teenager wants to be famous at least one time. You may have seen someone in a movie and say I wish I could be an actor so I could do all these cool things that these people are doing, or a musician, so you could be a rock star on stage performing, or even a athlete throwing the final touchdown at the Super bowl.

Teenagers and their life

Teenagers are the most susceptible group to images presented in popular culture.

Since adolescence is the stage when children are beginning and establishing beliefs of their own. They are more focused on inclusion in groups and on forming peer relationships. As a result of this need for peer acceptance, teenagers are receptive to certain characteristics (personality, attitude, behavior) form particular social groups.

Teenagers seek to define themselves through their clothing, jargon, experiences, hairstyles, and, most of all, group associations. In all, this experimentation suggests that the adolescent attempts to discover himself/herself through externalrather than intrinsicstimuli. Accordingly, images from popular culture often provide the external basis from which teenagers will benchmark their thoughts, opinions and associations. Indeed, adolescents will forge their identities largely in conformance with these pop culture images. They perceive such images as the social norm and, thus, as a means to attain the social acceptance that is so vital to their personal maturation.

The impact of culture goes beyond structuring how people perceive society and themselves. Rather, it creates a set of instructions that pervade virtually every aspect of the human experience. Culture identifies what practices will take place in a society, what societal norms are established and what customs will formulate how a person interprets himself/herself. The significance of popular culture in a teenager's growth process is its ability to provide information about what society accepts and expects of them an individual.

Teenage behavior is most noticeable when brand images become integrated into their everyday lives. Evidence exists on how many teenagers wear GAP clothing or listen to music by 50 Cent or how many teenage viewers watched American Idol.

Jennifer Lopez, Britney Spears, P. Diddy and Justin Timberlake all have one thing in common, other than their successful music careers: they all have the ability to coerce individuals, especially teenagers, into buying a particular product. These celebrities are a few just who hold the power to structurally impact social groups, which places them among a group of highly influential persons in society.

Sources that the respondents listed as channels of popular culture images include all major forms of media such as television, newspaper, magazine and Internet. The Internet determines the importance of popular culture images because of the placement of the image and accompanying story. The respondent stated that he knows a celebrity's significance by the location on the homepage of a news site. If the name of a celebrity is at the top of the news alert list, the student assumes the celebrity is significant; otherwise, the celebrity is of no importance. Also, respondents mentioned the credibility of certain publications and networks that determined a celebrity's popularity. If the celebrity is seen on magazine covers such as Glamour, Cosmopolitan and Maxim, then that particular celebrity has established himself/herself as a popular image.

Celebrities are also used to endorse many things too. One large endorsement is Wearies. They endorse everything for clothing to electronics and food. Having celebrities endorse things help the companies to sell products there.

Another thing celebrities do is influence on what we wear. If there is something cool or in fashion that the celebrities are wearing then all of the kids will try to go out and get them so they can be cool and if they don't have these things then the other kids will poke fun at them and tell them that they are nerds. People wear shirts with names of bands on them or even cute things that the see on TV just to stay with the trends of the celebrities.

What do celebrities show us?

The amount of celebrity hype created by the media causes many children to make irrational demands for designer clothing, accessories and other perks of the celebrity life that they are exposed to.

Glorification of unhealthy habits like smoking, drug abuse, unprotected sex and alcohol can encourage these habits in teenagers, which can permanently scar their lives.

What do celebrities think about their influence?

For this chapter I pecked the artist who has been named the most influential artist of 2010 and also one of the 100 most influential people in the world as Time magazine says. It is about Lady Gaga.

Even Cyndi Lauper wrote on her website that she is someone you need to photograph as a perfect snapshot. Its through her words lyrics or songs that the moment that you would like to live at that time. Its her art that capture everything and the period that we are now living in. Looking at her generation we think, who are these kids that are growing up so fast, if we find then in a hot club we think how they can even afford to be here? But after listing to Gagas song, Beautiful, Dirty, Rich everything is just defined in there. Most of the things that we hear on the radio are not so clear but Gaga presents her ideas very sophisticatedly and indeed she is on the top of the mountain for the moment.

But lets see what she thinks about the influence of celebrities, because she was a teenager too and shes been affected on the same way

aunt who had died long ago. The eccentric singer confesses that she used drugs in the early career because she wanted to imitate her favorite stars.

Lady Gaga used especially cocaine, with the impression that this drug induced state that helps her find inspiration for her music composition.

'I thought I was dying too. I wanted to be like the artists I loved so much, that Mick Jagger and Andy Warhol, and in my mind was the idea that, for them, must go the exact same lifestyle. I shut the bathroom and drugged with a lot of cocaine, listening to music of The Cure, especially the song 'Never Enough'!

Why do we have to do what others do? Those celebrities are celebrities because of their work, not for their life says Lady Gaga on her real name Stefani Angelina Joanne Germanotta. 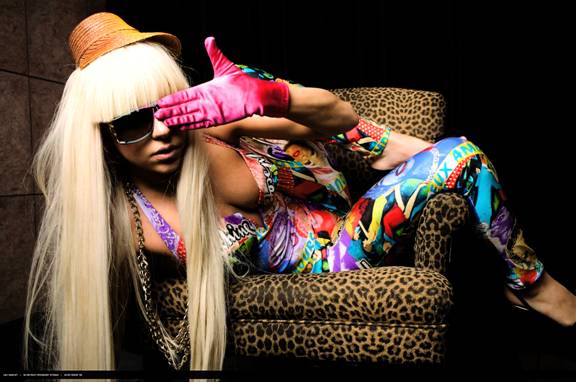 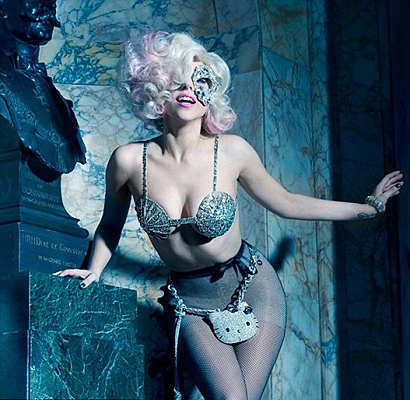 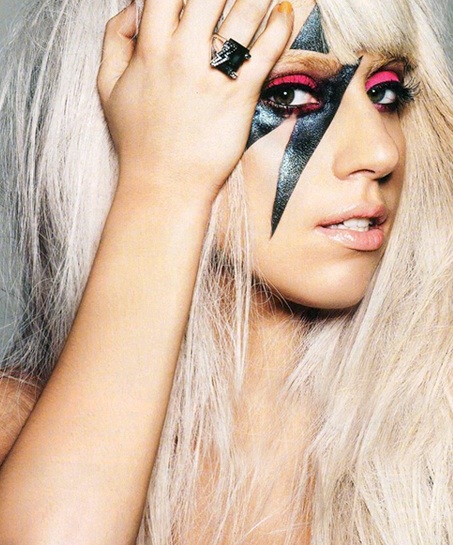 The preconceived notion that popular culture images play a primary role in altering a teenager's view about himself or herself neglects to consider the thought process teenagers' experience in formulating their own sense of self. They struggle to find their own distinctiveness and as a means of testing their self-worth and uniqueness, teenagers link themselves to a desired image. Through this mock-identification, teenagers finally discover their true individualism.

During their self-evaluations, teenagers act in a normative manner more than a comparison state. Hence, they are more likely to alter themselves to the lifestyles of others who receive positive social feedback than compare themselves to members within their own social group. Celebrities admired by the teenagers create relationships with teenagers making them more expressive leaders who have the ability to lure the teenagers into mocking their lifestyle. As a result of teenagers buying into the celebrity's influences, celebrities become more connected and form stronger influences over teenagers. Teenagers connecting this to their identity provide self-reinforcement that in substituting a temporary socially acceptable identity will grant them social rewards rather than punishments.

Teenagers will continue to find self-identification through the lifestyle of others. Their individuality comes from their self-efficacy, what they believe they are capable of achieving: independence. Teenagers believe they can be independent. But during their growth process, they know they must rely on celebrities and images in popular culture to act as connectors to their individualism. Popular culture is a paradox with teenagers: the more they desire individuality, the more they rely on reference groups to help attain their individuality. Celebrities will continue to be salespersons as long as teenagers continue to desire individualism and social acceptance by adhering to the lifestyle and attitudes of reference groups.